We would like to thank Shirely Estel and her late husband Gene for allowing us to reprint this article taken from the September 1985 Leader magazine titled Your Breeding Program written by Alice Wagner editor of Poplar Dog Magazine. The article first appeared in that magazine close to 50 years ago now but the info is still useful for today's dog breeders. 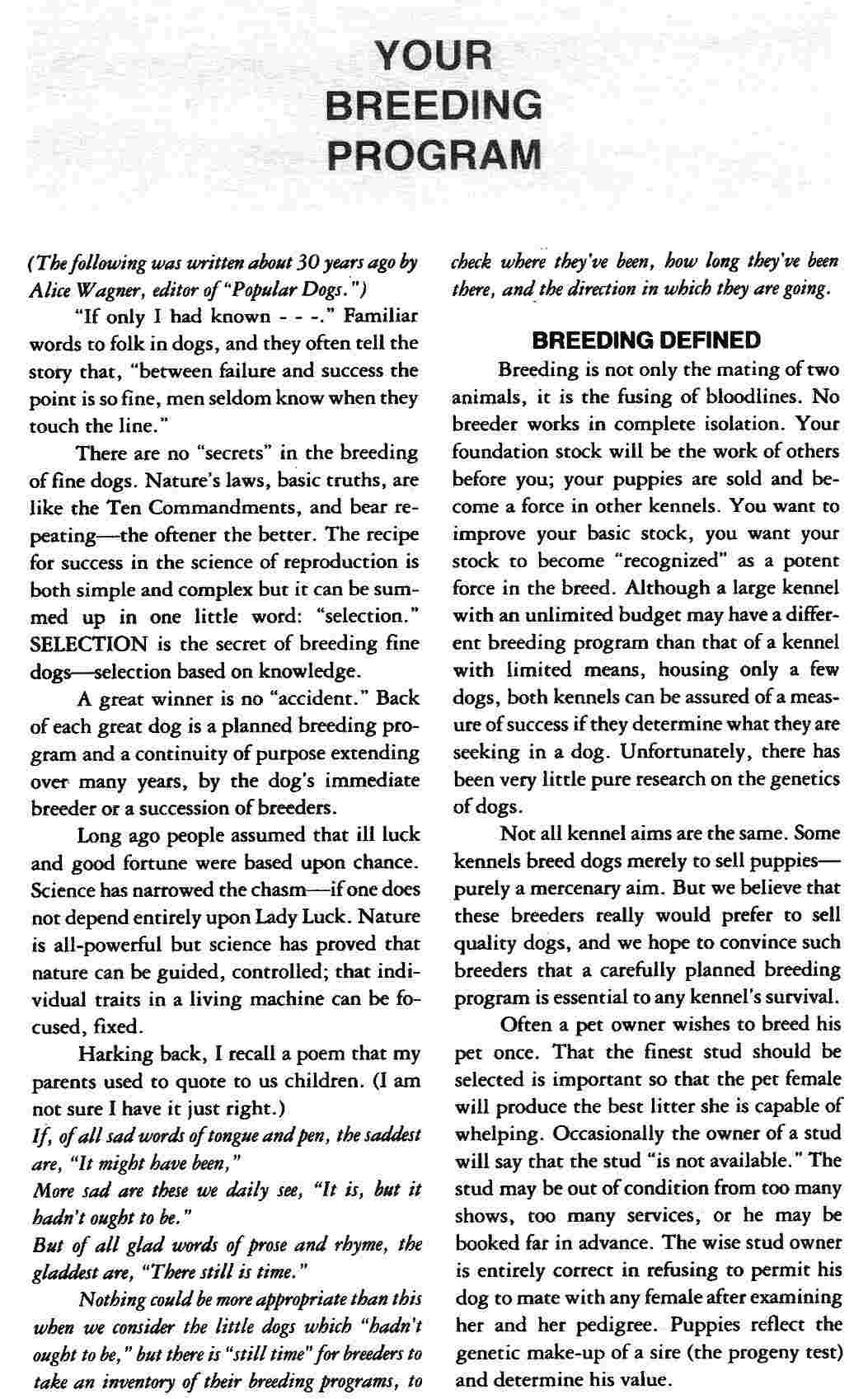 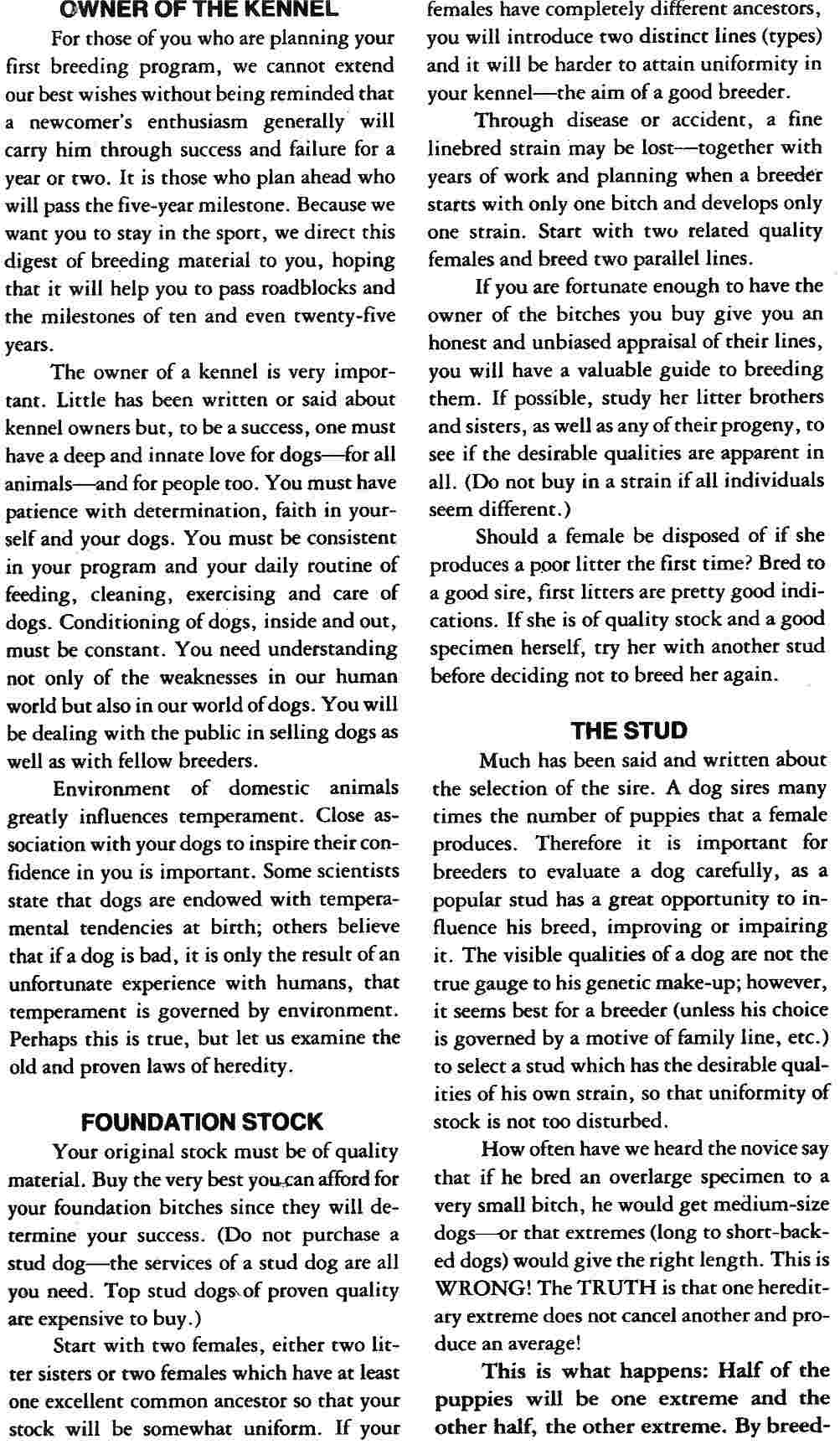 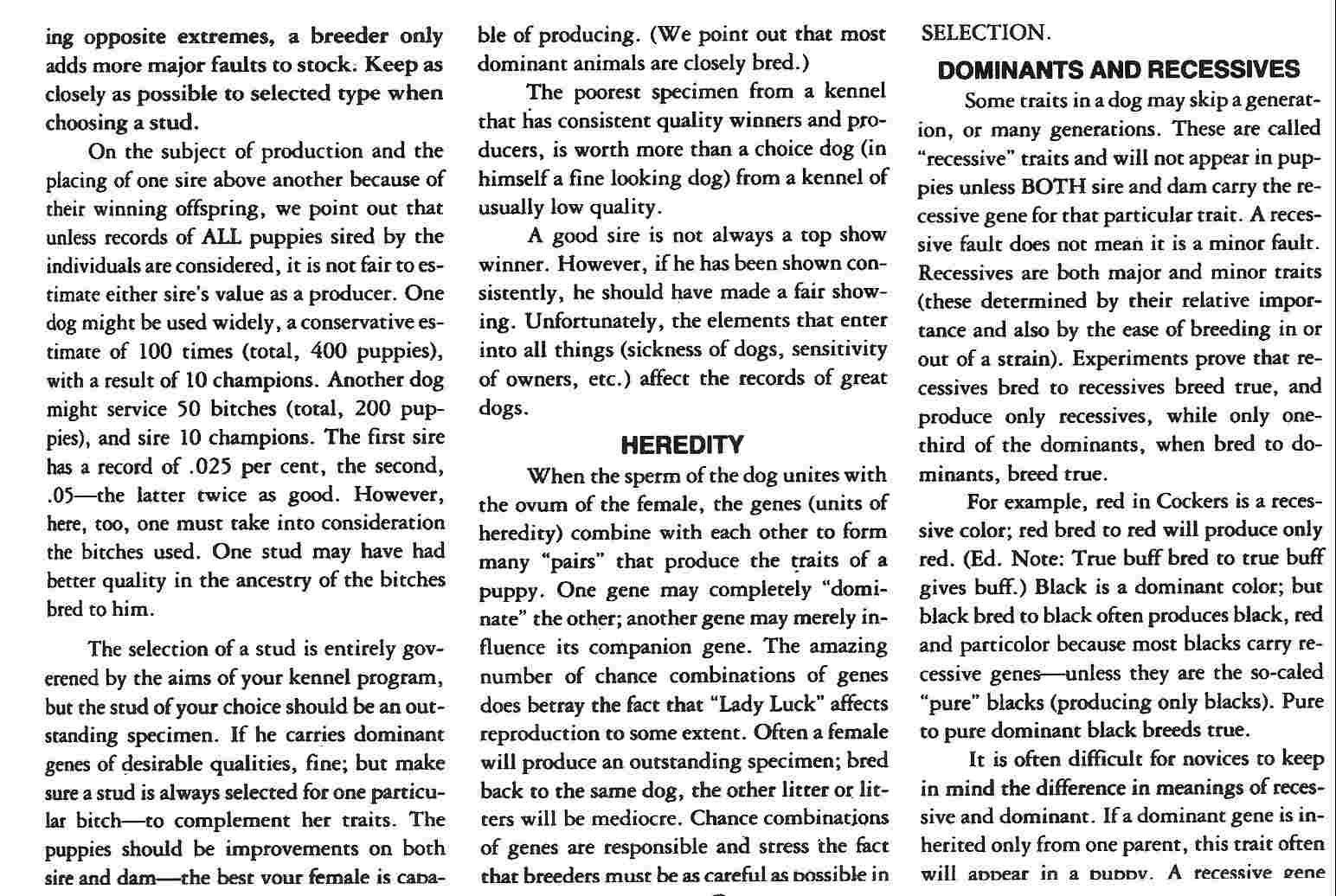 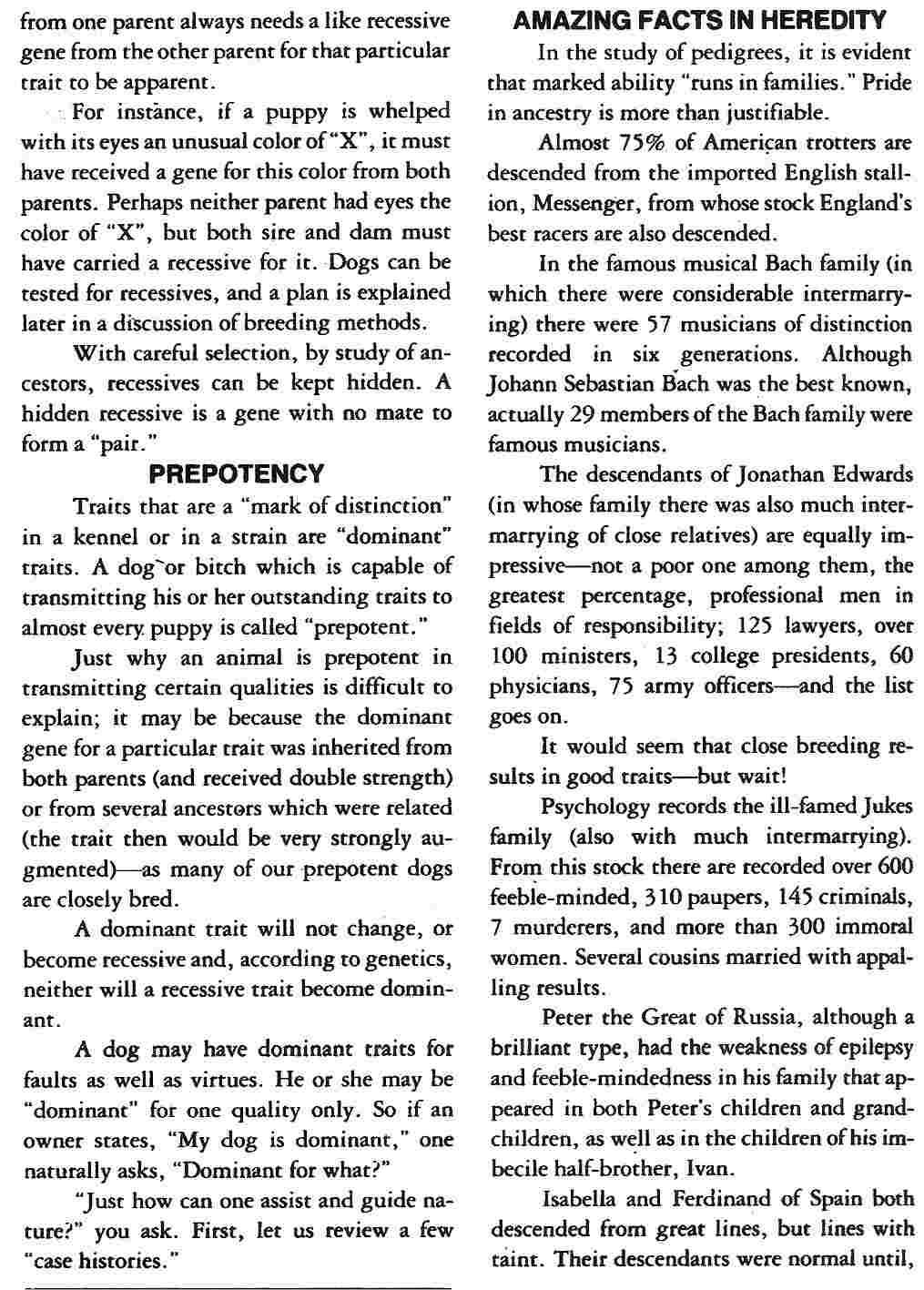 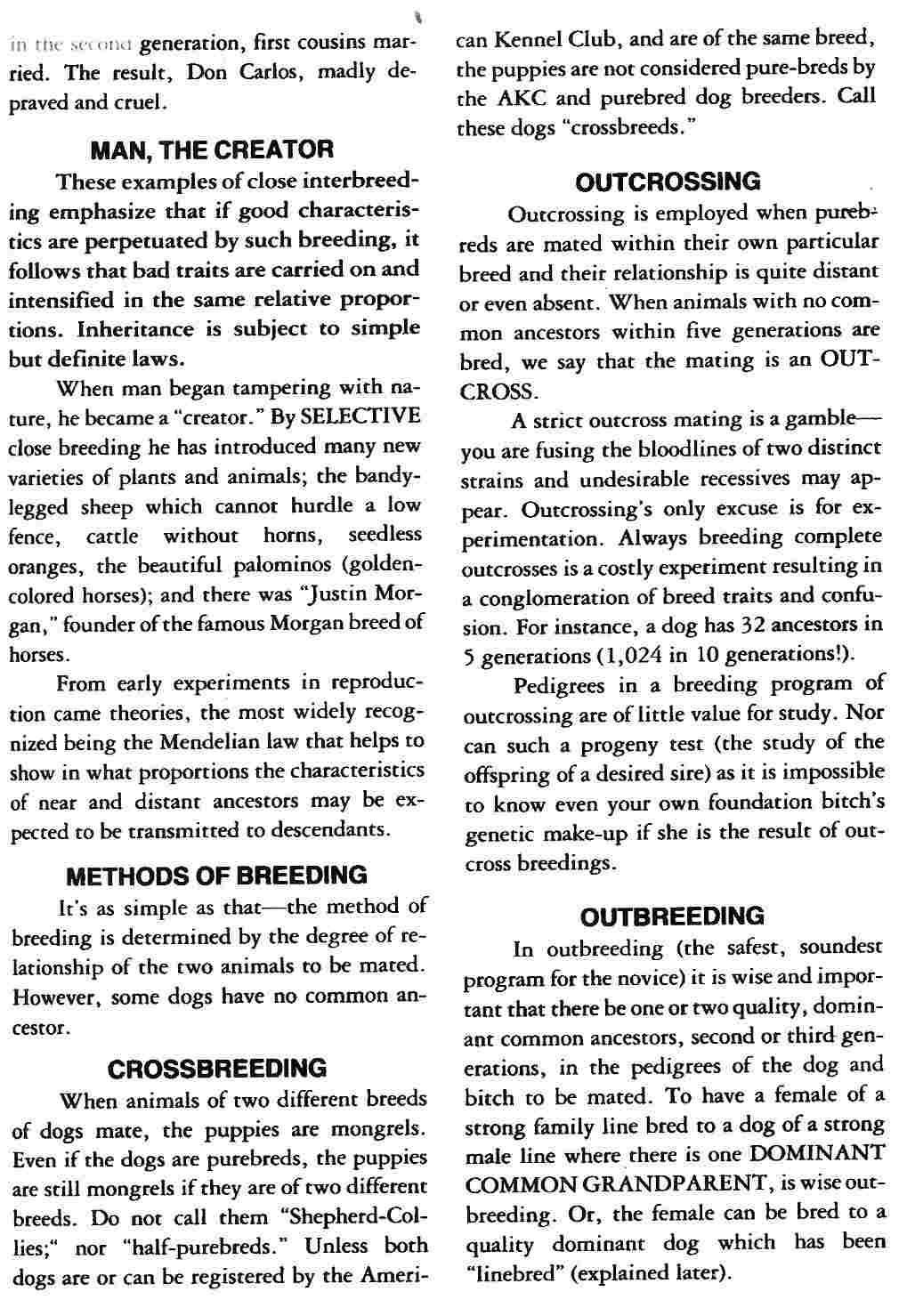 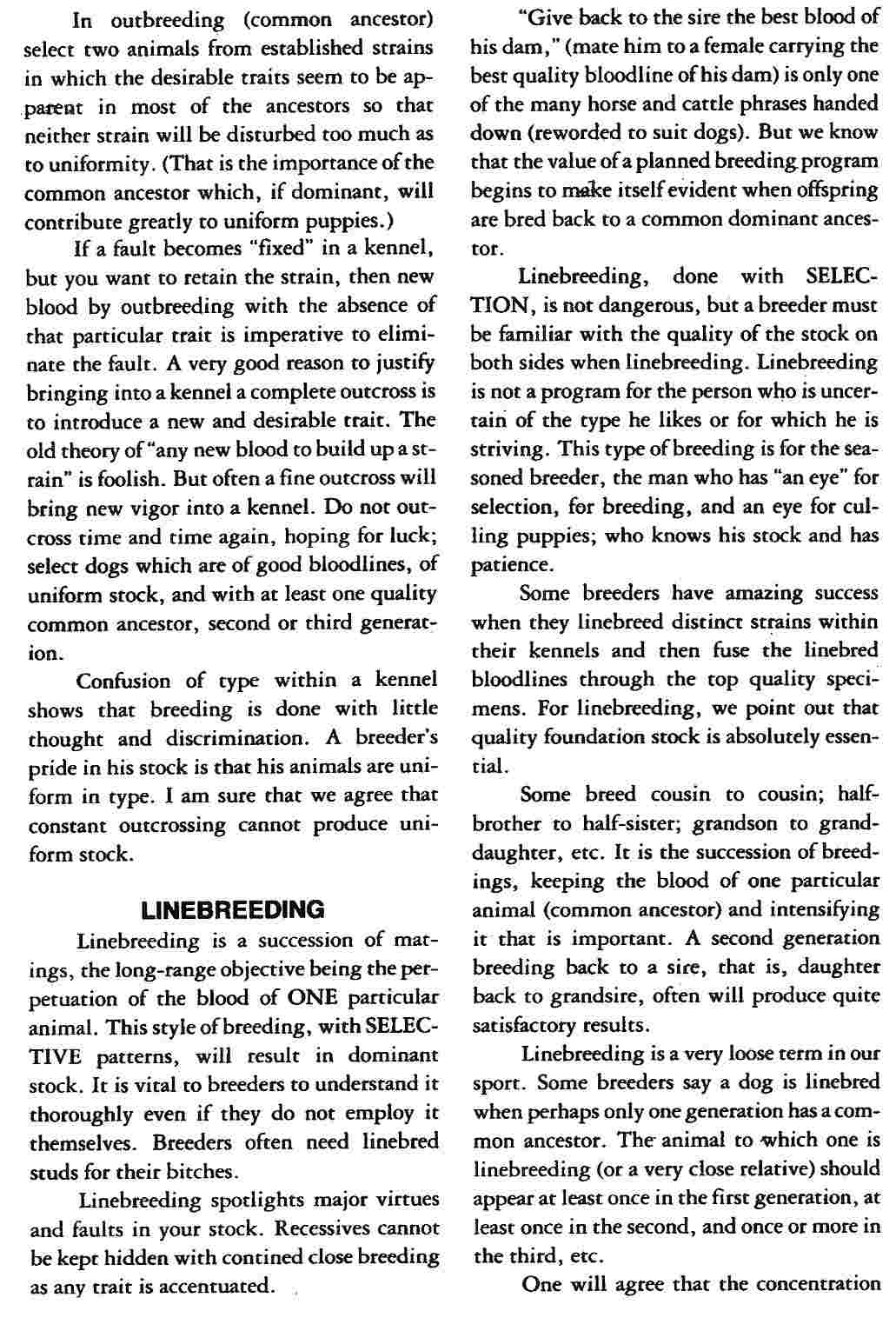 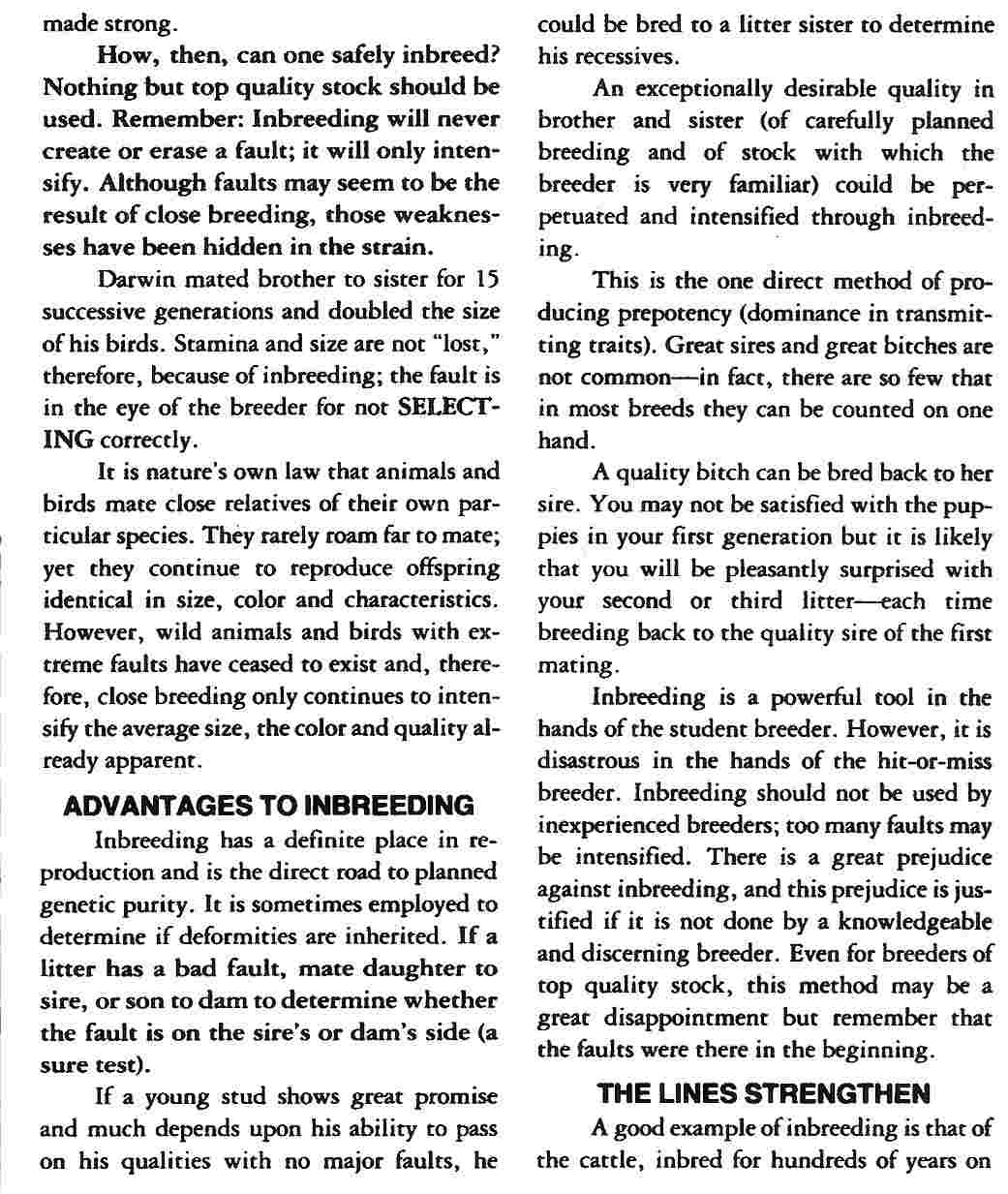 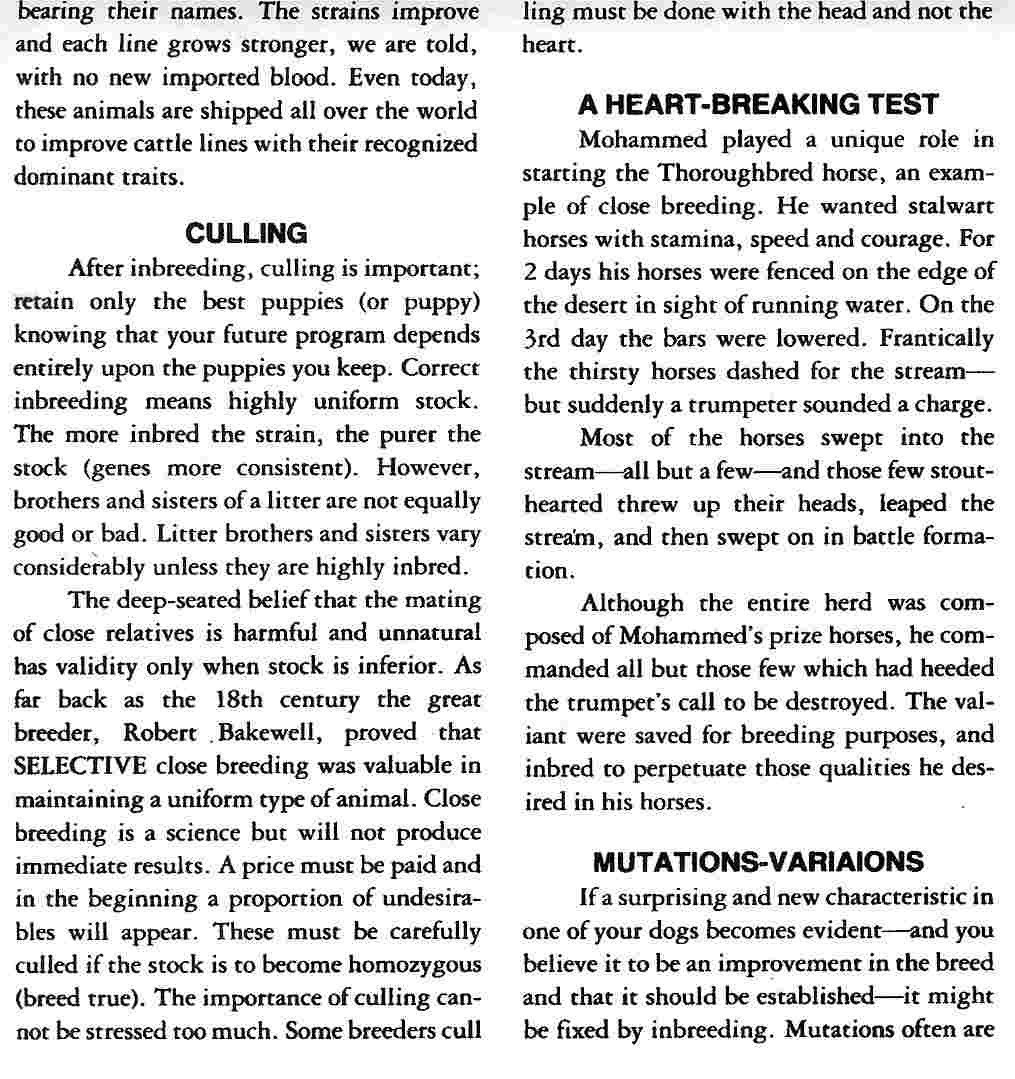 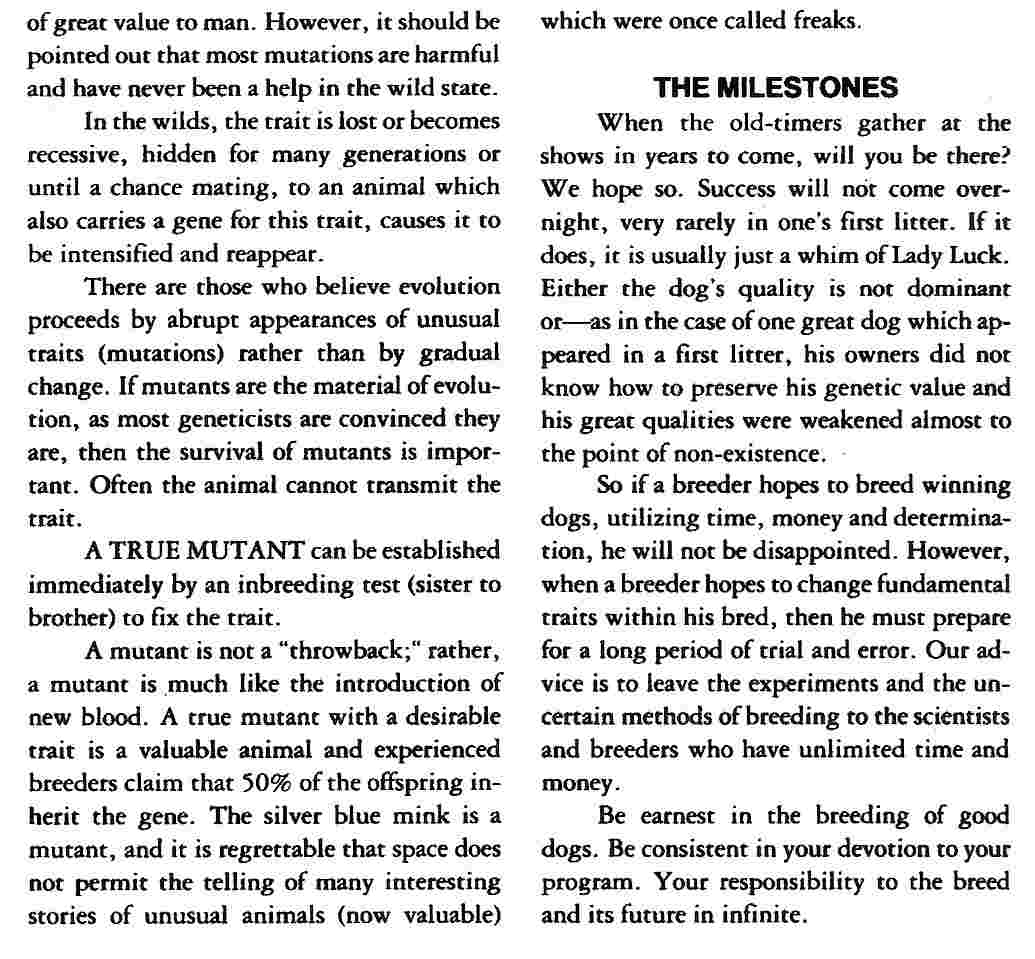